Living in the modern civilization, we often take for granted our sewage maintenance facilities and even septic systems. It was not always this advanced, however. Even the septic system itself has ...

Living in the modern civilization, we often take for granted our sewage maintenance facilities and even septic systems. It was not always this advanced, however. Even the septic system itself has undergone a great deal of development since its invention in the late 19th century. Metro Septic Pumping deals a lot with septic systems and we were interested in the history of the septic tank system. This is our findings from our research.

Before The Septic Tank System

Dealing with sewage has been an issue for as long as humans have been around. In fact, the treatment and disposal of human waste might have been the greatest of our issues for at least until the past few centuries. For the large portion of human history, civilizations were established near rivers, mainly because those were fertile grounds but also because rivers made waste elimination easier.
As methods of carrying water inland were developed, civilizations stretched further inland and techniques for dealing with waste were needed. The Ancient Greeks came up with underground piping systems, aqueducts, and flush toilets. Later, the Romans worked on water supply and sanitation for large cities. Meanwhile, people in rural areas used outhouses: deep holes in the ground away from the living quarters.

In the 1860s, a Frenchman by the name of Jean-Louis Mouras had gotten tired of walking out and taking care of “business” in the harsh cold of winters. He combined the piping technology with the outhouse to come up with the early model of what is now the septic system; He ran clay pipes from his house to the tank. After years of use, he wondered about what was going on in the tank. He dismantled it and found that it contained liquid waste and a layer of scum.
After working on his design for over 20 years since its inception, he came up with the final model and patented it. That is when the invention was shared with the rest of the world.

In the United States, Now

The septic system, then called “Mouras Pit,” made its way to the United States a couple of years later and proliferated. Early models were made of concrete or steel, but these materials had their drawbacks: concrete would crack and steel would rust. Further, there were concerns about drain field wastewater contaminating the ground water.
Septic systems began to be made of fiberglass, polyurethane, precast concrete, PVC and other plastics to provide more durability. Similarly, drain fields were improved to use highly durable plastic pipes and were built so that they remained safely distant from ground water.

Who To Call When You Need Help With Your Septic System

Septic systems, like all things, still have improvements to be made. They are susceptible to damage and require regular maintenance. When you need service for your septic system, you can call Metro Septic Pumping for professional septic services. We are available to take your call no matter the time of the day or the day of the week. Call now to speak with a friendly representative. 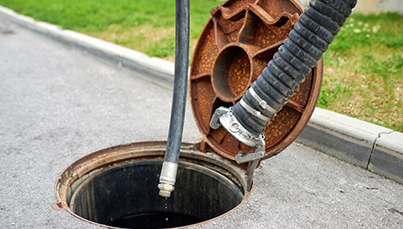